Central pain syndrome (CPS) is a neurological condition caused by damage to or dysfunction of the brain or spinal cord, which are together known as the central nervous system (CNS). It occurs secondary to diseases like stroke, multiple sclerosis, tumors, epilepsy, brain/spinal cord trauma, or Parkinson’s disease. An injury to the brain creates the perception of pain in patients suffering from CPS. This injury usually occurs in the thalamus, which is the part of the brain that processes sensory signals to other parts of the brain. The character of the pain varies in individuals based on the underlying cause.

CPS may affect large regions of the body or could be restricted to specific areas, such as the hands or face. It is usually constant and could be moderate to severe in intensity. It worsens with touch, movement, emotions, and temperature changes. It is usually described as a burning kind of pain but could be pressing, lacerating, or aching. It is often accompanied by a tingling sensation in the affected areas. CPS typically begins after the causative event in the brain or spinal cord but may occur months or even years later, as seen with post-stroke pain. 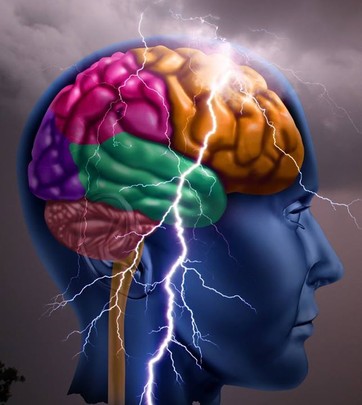 CPS is considered to be incurable and can be extremely disabling. One can try to achieve symptomatic pain relief. In order to do so, it is very important to identify it correctly and provide adequate pain relief. CPS can be very difficult to diagnose. The pain is often widespread and appears to be unrelated to any injury or trauma. There is no single test can accurately diagnose CPS.

It is only partially treated by pain medications. Tricyclic antidepressants or anticonvulsants have been shown to be somewhat successful in providing pain relief to CPS patients. Other methods of pain relief include transdermal creams and patches, muscle relaxants, etc. In entirely refractory cases, surgery is considered a last resort. The process is called deep brain stimulation, during which an electrode (neurostimulator) is implanted in specific parts of the brain to send stimulation to the pain receptors.

Significant strides are being made in the research of COS, with a particular focus on post-stroke pain. One area of particular interest is neuromodulation. In this method, a low-level current of electricity is passed through the affected area, which can either reset the brain or decrease the incorrect firing of those nerve impulses. It is also known as deep brain stimulation. Newer approaches are targeting not only controlling the intensity of the pain but also decreasing the frequency and/or duration thereof.

Overall, CPS, albeit not life-threatening, is a debilitating pain disorder that requires accurate diagnosis and adequate pain control, or else it can have serious consequences. Newer studies are increasing our understanding of the disease and helping us find better treatment options to fight it. The focus should be to diminish pain and improve the overall quality of life.