Botox (Botulinum Toxin) is a neurotoxin produced by Clostridium botulinum and works by blocking the release of the neurotransmitter called acetylcholine from the junction between a nerve and muscle. By doing so, it prevents muscle contraction and induces flaccid paralysis when administered in the area of chronic muscle spasm, As a muscle relaxant, it has been used to treat spasticity. In addition to that, it has been shown to relieve muscle-related pain and improve range of motion.

Botox is injected directly to the desired site. The patient observes relief from pain in about a week and it lasts about 3 months. As the muscles may again become spastic, four injections per year are allowed. Overall,  Botox has been found to be very effective. When coupled with physical therapy, the recurrence of spasms can be significantly reduced, so that Botox injections will no longer be needed. 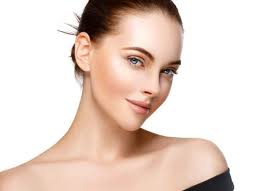 Botox injections are also effective in treating migraine and tension-type headaches. In a research study, patients with migraine headaches who experienced frequent and severe headaches reported a significant decrease in their headache pain by at least 50%.

Another study reported that a single injection of Botox delivered to the affected neck muscle showed a 40% reduction in chronic neck pain in three months of follow up. It showed significant improvement when combined with standard physical therapy. More than half of these patients reported that they would undergo future Botox injections for the same problem.

Other similar studies have shown Botox to be effective in relieving pain caused by cervical dystonia as well. The duration of pain relief offered by Botox varies from about three to- six months, depending on the underlying disorder. It has been argued that using Botox to relax the muscle before physical therapy maximizes the potential for rehabilitation and repair of damaged muscle tissue, reducing spasms and relieving pain.

Botox injections have an advantage over oral pain medications because the effects are local and there is no addiction potential, or indeed, other side effects such as sedation, fatigue, and dizziness. This becomes an increasingly important consideration given that there is an overall decrease in opioid prescriptions due to the fear of addiction. In that regard, Botox offers a safe alternative to opioid analgesics.

There have been few reported side effects from Botox injections given for muscle pain. These include temporary swelling, tenderness and localized pain at the injection site. A few patients report flu-like symptoms a few days after the injection. Some patients report of transient muscle weakness as well. In very rare cases, respiratory paralysis occurred and led to death in children who received a large dose. But overall, it is a pretty safe alternative to other pain medications.